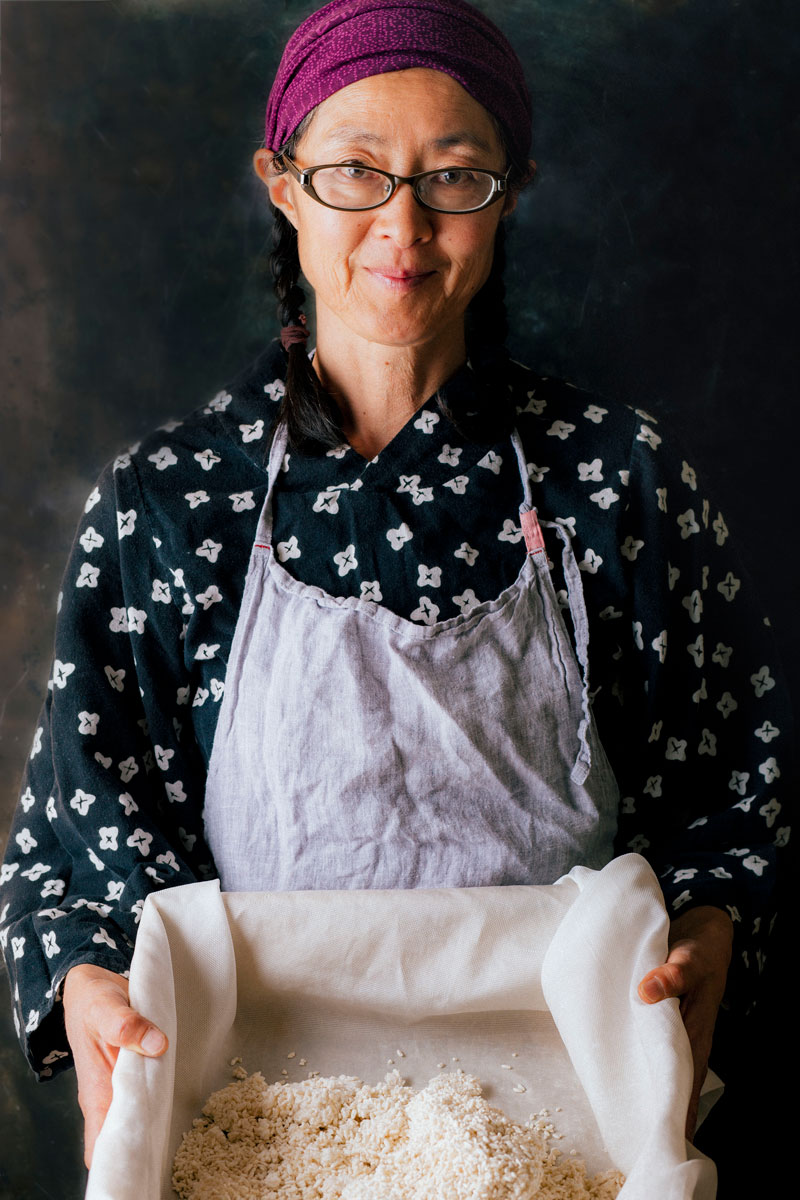 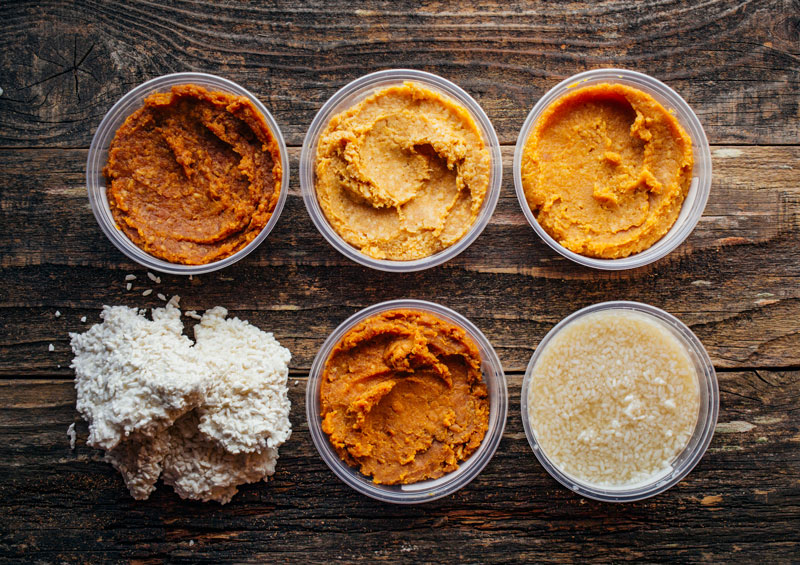 Mariko Grady grew up in Mie, a prefecture in Japan’s Kansai region, known for its many rice fields. As a young woman, Mariko fell in love with performing and would spend 30 years traveling the world as an accomplished dancer and singer. While on tour, she would make miso as a way to stay healthy. Her travels brought her to San Francisco where she met her husband and decided to live. She began learning more about miso as a way to nourish her family.

When the Tōhoku tsnunami hit in 2011, Mariko began selling miso to friends to raise relief funds. But after the fundraiser, people kept coming back for her miso. Mariko was inspired to formalize her business,  joining La Cocina in 2012 and launching her business Aedan Fermented Foods, named after her son. She began producing small-batch, handcrafted miso using just three ingredients: soybeans, salt, and Japanese koji rice. Along with her first stand at Ferry Plaza Farmers' Market, Mariko was successful in selling her miso and koji products online, in local grocery stores, and to some of the top restaurants in the Bay Area.

“Miso is a healing food – fermented foods have the energy of living beings, which nourishes us in times of emergency.”

Once shelter-in-place mandates due to COVID took effect, Mariko’s sales to restaurants dried up. Since her miso ferments for a year before being sold, she couldn’t ramp down production. Instead Mariko sold her products through La Cocina’s Community Food Boxes and began seeing  an uptick in her overall packaged food sales. La Cocina supported Mariko in navigating the complex PPP loans and private grant processes, which enabled her to secure funding to keep Aedan afloat.

Today, Mariko is closer than ever to her dream of owning a café and retail space, which is projected to open spring 2022.

Our community
PREV
TOP
NEXT
Tale of Two Kitchens