Welcoming a New Chapter with a New Leader

La Cocina's work contributes to expanding the role that business ownership plays in both creating financial freedom for women of color as well as building a community’s unique identity, improving its economic and environmental health, creating jobs, and increasing community involvement.

Our 16 years of history have proven that when you remove the barriers that stand in the way of powerful BIPOC and immigrant chefs, they will succeed.

As La Cocina continue our work in protecting and strengthening entrepreneurs' ownership of business, cultural traditions, and voice, we do so with an optimism grounded in the optimism of the entrepreneurs. They are cooking, selling, adapting , innovating, and pushing their businesses forward, as always.

The pandemic has made the barriers larger and more complex, so La Cocina must continue to learn and grow in order to rise to meet them, and we're thrilled to be doing so under the leadership of our new Executive Director Deborah Alvarez-Rodriguez.

As Deborah joins La Cocina's powerful team, there's an air of promise as entrepreneurs stir steaming pots of soup, as they welcome customers into their restaurants, as they drop food off for catering orders. There are tears and grief from continued loss and uncertainty as well as laughter and longer hugs. The energy that the entrepreneurs bring to their businesses every day is what pushes us to continue this work. Their confidence will drive us all forward. 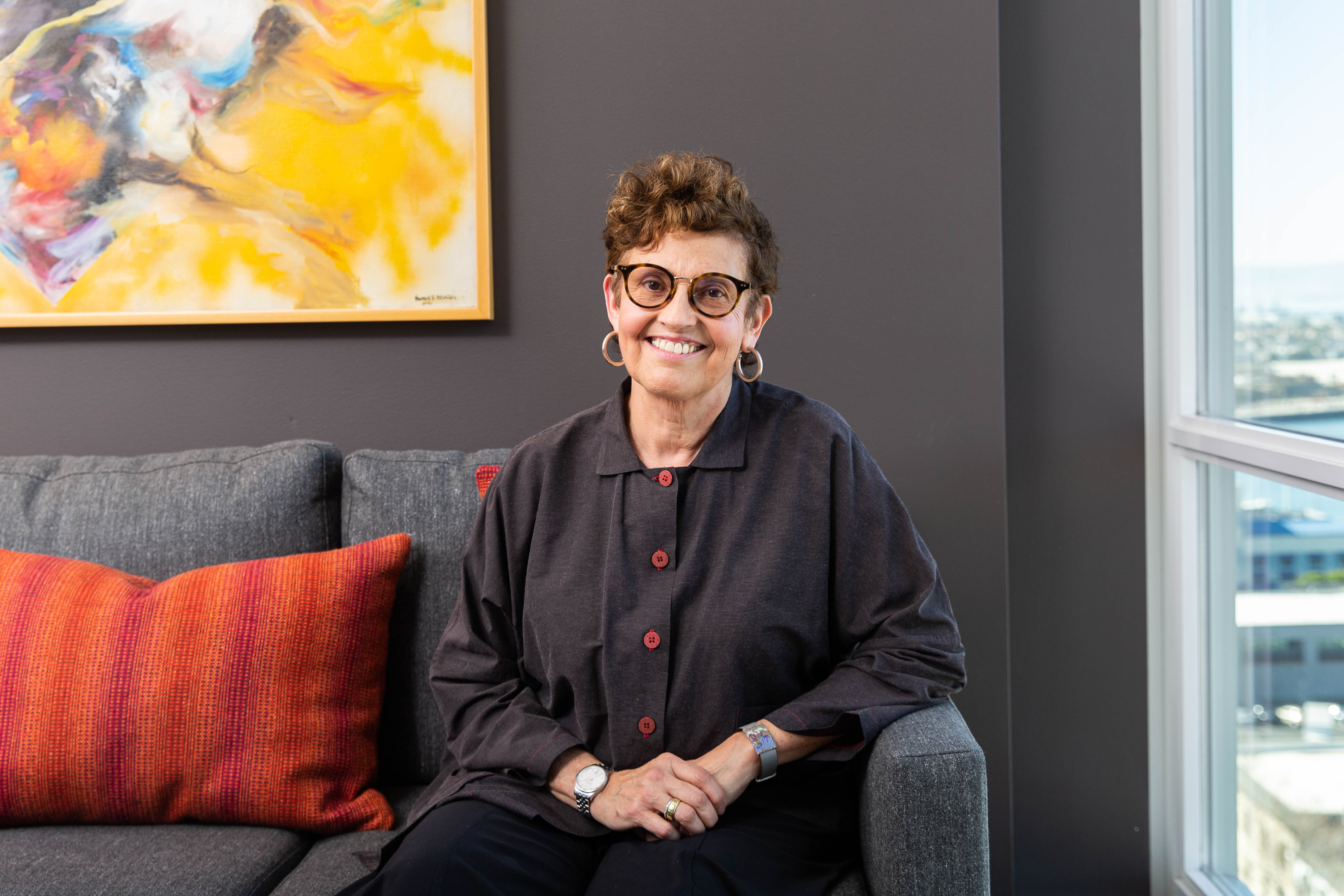 “I’m incredibly inspired by all that La Cocina and its entrepreneurs have accomplished over the past 16 years, including their extraordinary responsiveness and resilience during the pandemic. Joining La Cocina represents a full circle moment for me. I’m delighted to collectively build an even more impactful future that is filled with optimism, determination and opportunities.”

Deborah’s work began at the age of two; her job was to set out the napkins and talk with the guests at her mother’s Puerto Rican restaurant in Brooklyn, New York City. Her parents immigrated from Aguadilla, Puerto Rico, and daily, Deborah's mother Aurelia reminded her six children to be proud of their Puerto Rican and U.S. cultures. The restaurant Aurelia started was about more than serving delicious food; it was a place of community building, sharing stories, and a refuge from anti-immigrant racism. Deborah developed her entrepreneurial mindset and a deep commitment to creating pathways for economic security and freedom though business ownership in her mother’s restaurant and is thrilled to be joining La Cocina as its next executive director. This is work that her heart knows.

Experienced in nonprofit, philanthropic, business, and governmental sectors, Deborah is a high-impact, creative, entrepreneurial, and adaptive leader. She’s an award-winning CEO, a social sector innovator, and advocate for systemic policy reforms focused on racial, economic, and environmental equity and justice. Known for shaping inclusive models of collaborative engagement, Deborah has been featured in several books on leadership, including The Starfish and the Spider and The Ultimate Board Member’s Book. She is also a sought-after public speaker and has given a Ted Talk on the Revalue Economy.

Deborah served as the CEO of Goodwill Industries of San Francisco, San Mateo, and Marin where she transformed and doubled the organization’s revenue, services, influence, and impact in the community. She was also the founder and CEO of Seam Innovation, a strategic innovation and management consultancy. Deborah's other past work include:

Deborah holds a Master of Divinity in environmental ethics and theology from the Pacific School of Religion and a Bachelor of Arts in Latin American History from Harvard University. She is the proud mother of her daughter Sonia.  She loves cooking and food, hiking, reading, dancing, and spending time with family and friends.

Tale of Two Kitchens
PREV
TOP
NEXT
Our Team & Financials